Posted on November 14, 2017 by Michael Marzzacco 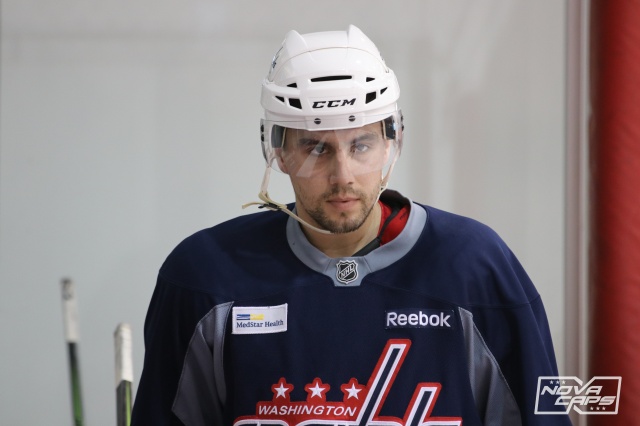 After injuring his left thumb on Friday the 13th against the Devils just over a month ago, Matt Niskanen will make his return tonight against the Nashville Predators. Niskanen missed a total of 13 games. Barry Trotz hinted last week that he was inching closer to returning to game action and Tuesday at morning skate things came full circle.

Niskanen was placed on the third defensive pair alongside Dmitry Orlov. In addition, Niskanen was practicing on the second power play unit replacing Christian Djoos.

Greetings from morning skate in Nashville!

Holtby in the starter’s net.

After the morning skate, Trotz told reporters that his game plan is to ease Niskanen back into the flow of things. If he’s up to speed, he could play up to 20 minutes.

Trotz says the plan for Niskanen is to ease him back into the flow. If he shows he’s up to speed, tho, he could play 20 minutes. The coaches will decide as the game unfolds. #Caps#CapsPreds

Niskanen talked to the media following the skate.