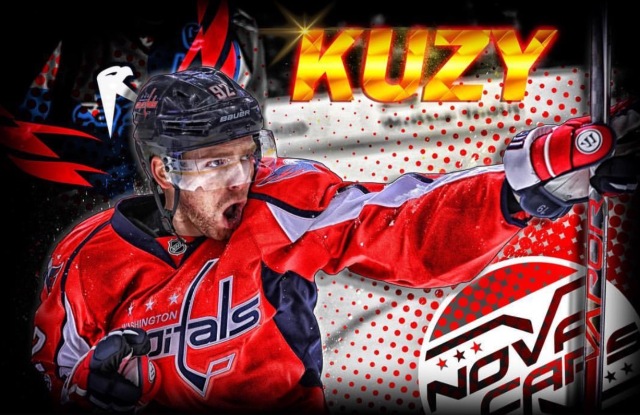 Kudos for Alex Ovechkin, preparations for the Tampa Bay Lightning, starters for tonight’s game in Tampa, an historical look at past goal-scoring dominance, Nathan Walker reflects on the last week, catching up with Evgeny Kuznetsov and more in this evening’s Capitals links:

What We Learned: What if Alex Ovechkin shoots like this all year? (Yahoo Sports)

As Ovechkin aims for third hat trick, Look back at quickest starts of the past 30 years. (The Hockey News)

Alex Ovechkin: Once in nearly a century. (NoVa Caps)

All of the morning links from Japers Rink are here.

Anderson back with Blue Jackets after conditioning stint. (NBC Sports)

CAPITALS FAN PHOTO OF THE DAY

The Russian Boys are usually the last guys on the ice. The Capitals take on the Lightning tonight, and it wouldn't be wrong to say that this is the first real test for the Capitals. I'm sensing a pretty offensive game tonight, hopefully our Captain can record another hat trick to pull the Capitals through a tough game!!!! Go Caps Go!!!! #nhl #capitals #hockey #rockthered #ALLCAPS

Jon has been a Caps fan since day one, attending his first game at the Capital Centre in 1974. His passion for the Caps has grown over the decades, which has included time as a season ticket holder, social media and community organizer, and most recently led to the founding of NoVa Caps in 2014. Jon earned a Bachelor's of Science in Engineering at Old Dominion University, and is a Systems Engineer during intermissions, which has been instrumental in supporting his Capitals habit.
View all posts by Jon Sorensen →
This entry was posted in News and tagged 2017-2018 Washington Capitals Season, Alex Ovechkin, Evgeny Kuznetsov, Nathan Walker, Tampa Bay Lightning, Washington Capitals Daily News Links. Bookmark the permalink.